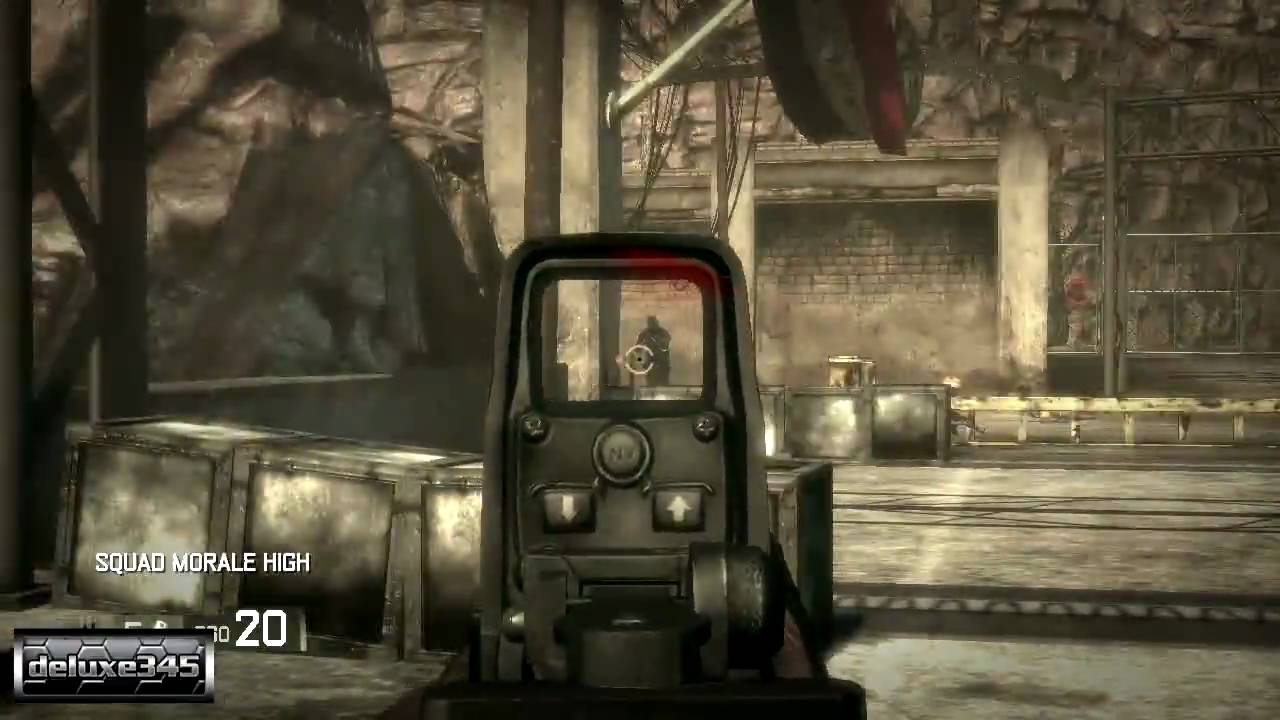 BlackSite: Area 51 (BlackSite in Europe) is a horror science fiction first-person shooter video game, released for Xbox 360 and Windows on November 12, 2007 in North America, with a PlayStation 3 version coming a few weeks later. The game is mostly unrelated to the 2005 Multi-platform game Area 51. The game was developed by Midway Austin and published by Midway. A demo of the game for the Xbox 360 was released via Xbox Live Marketplace on May 11, 2007. A PS3 demo was released December 11, 2007. The game has been noted for its cynical political commentary, which challenges the often black and white viewpoint of many first person shooters with an unusually messy and nebulous situation. Characters comment on the injustice of the military’s treatment of prisoners or wounded soldiers, the ethics of torture and other controversial subjects related to the War on Terror. Many level names are plays on speeches or comments made by members of the Bush administration regarding the Iraq War, i.e. “Last Throes”, “Stay the Course” and “Misunderestimate”.