BLUE GUARDIAN: Margaret – Part 2: Trouble with Lizards and Her Lungs 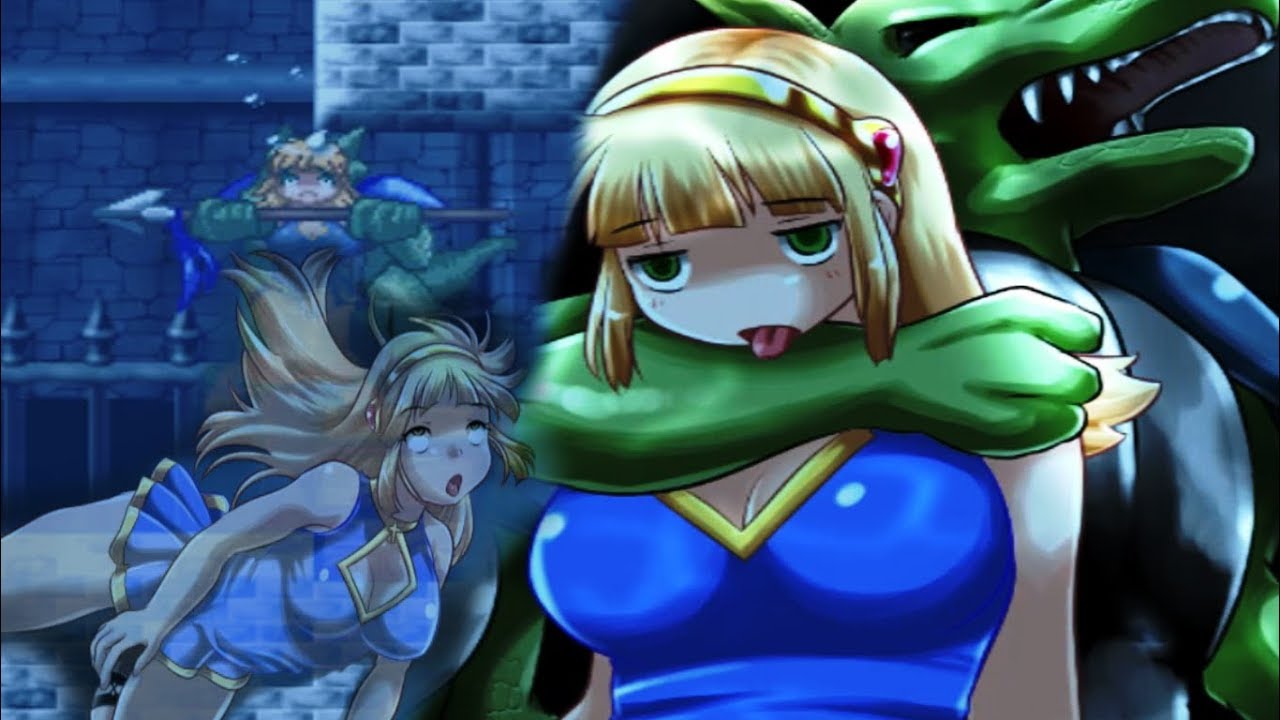 The Tower of the Water Deity actually consists of multiple towers. The Central Tower here is the one you’ll be seeing the most due to its multiple pathways towards other sections of the game. A major part of this video will focus on that particular tower’s Warehouse, which is reached by going through a Passageway from the northwest side of the Central Tower.

There will be many times where you will have to shoot at wheels in order to raise and/or lower walls for you to progress.
———-

Eventually, Margaret reaches the Warehouse and finds another Survey Corps soldier, or is that the same guy from before?

Ahead of him are some lizard men guarding the area. You’ll wanna try your best to make like Marie in Holdover and sneak around them, both on land and underwater. If they spot Margaret on land, they’ll attack her by spitting fireballs. If they encounter her underwater, they’ll attempt to drown her by putting her in a chokehold with their lances! Despite how that looks in this game, they only want to murder her.

The reason why you wanna sneak through here is because their alarm closes off a Piece of Life from you. Get three of these to form an Ex-Life, which gives you an extra Health meter. Think of them like crafting Samus’s Energy Tanks.
———-

So after a lot of trial and error, I get that Piece of Life and press on! But soon afterwards, you have to fight the second boss: An armored lizard man! This one shoots missiles at you each time he reaches a wall. He can only be shot in the back.

First, he’ll only jump when he reaches the crates. As his second phase, he destroys a platform above Margaret to drop some barrels and give him more opportunities to jump.

His final phase, when he’s low on health, is to make huge leaps every time he wants to jump. Try not to follow him with your own jumps. Try to hang under the arc of his leaps.

Fill that lizard with a few more bullets, and he’s toast. You then gain a second ability: Shooting missiles!

Feel EVEN MORE like Metroid by using these missiles to uncover sealed walls. There are even a lot of Missile Tanks everywhere to increase the maximum amount that you can hold!
———-

After exiting outside from the Warehouse and Passageway, Apollo communicates with Margaret again. After Margaret taunts that Apollo’s pretty much a messenger boy, he, still a god, threatens her with divine judgement. Judgement that would likely lead to his superiors killing Margaret outright for her ignorance.

Being convinced to be more serious for a moment, Margaret reports to Apollo that she couldn’t find the Survey Corps commander yet, even though they should’ve crossed paths by that point. At the same time, Apollo is concerned, because he can’t talk to Margaret while she’s inside the deity tower for some reason. Likely because of the monsters…
———-

I kinda backtrack a little bit to earlier locations to find more Missile Tanks. I go too far ahead for now and try to go back to the first door of the Front Hall through an underwater path I had yet to go through.

Unfortunately, it seems like this was impossible to get through in time before Margaret ran out of air and drowned. So I went the other way.

Again, there’s ALOT of water in this game, too. Expect no less from a Fox Eye game. It doesn’t seem like Margaret’s initial breathholding skills will help her for long, and again, the difficulty level you play on ONLY affects her health damage, not her underwater air consumption. There’s something a bit… off, with the artwork on this, too… Must be her face…

She will soon be helped with this, however…