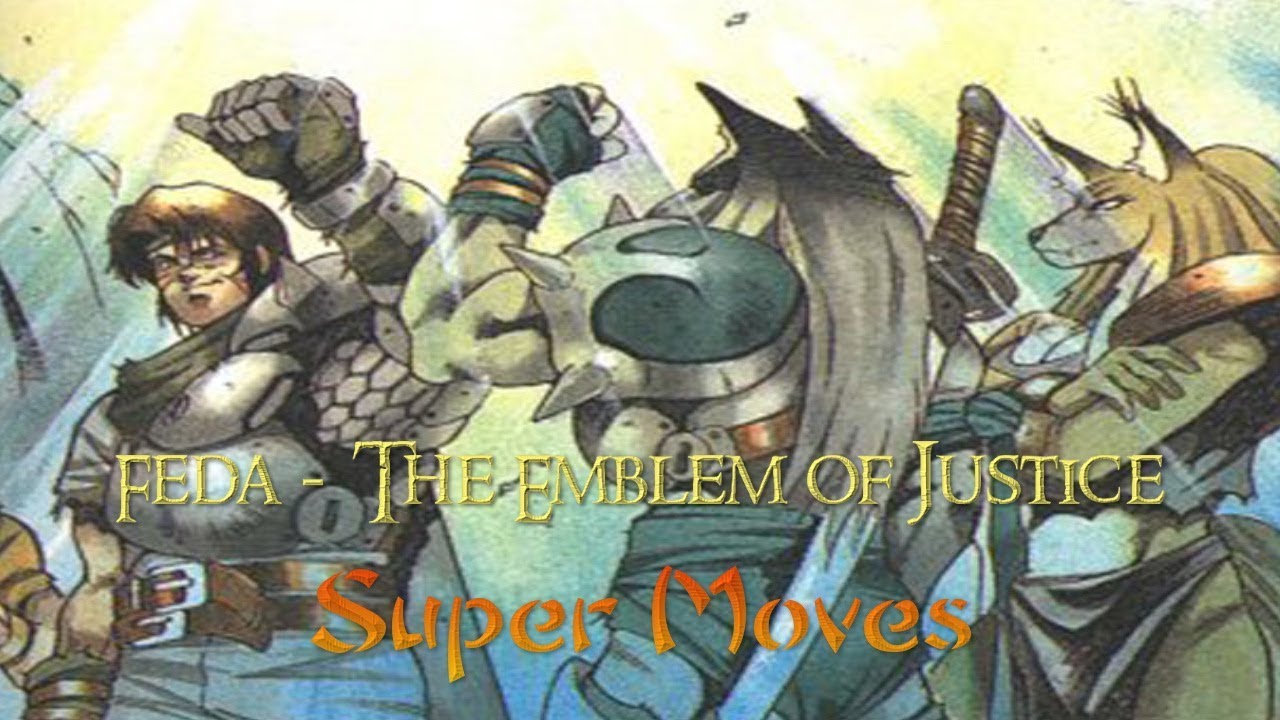 Feda – The Emblem of Justice is a tactical role playing game developed by Max Entertainment and published by Yanoman Games that was originally released for the Super Famicom in 1994. The game centers around two soldiers forced to fight against the now-corrupted empire they used to serve. A version for the Sega Saturn, titled Feda Remake!, was released in 1996. Both versions were released exclusively in Japan.

Feda is a tactical role playing game composed of two primary play modes: exploration and battles. During an exploration stage, the player explore towns and other locations and visit shops and houses.

When the player enters the overworld, the game becomes turn based and the player can move units to confront enemies. Battles are activated when the player and an enemy unit occupy the same area or in scripted event.

Feda feature cinematic battle scenes similar to the Shining Force series. Depending on which character the player uses to act, the scene shows him in full picture or just a part of the character (unlike in Shining Force where the player always just sees his character from behind and the enemy in front of him).

During battles, the screen switches from the player’s unitto the enemy.